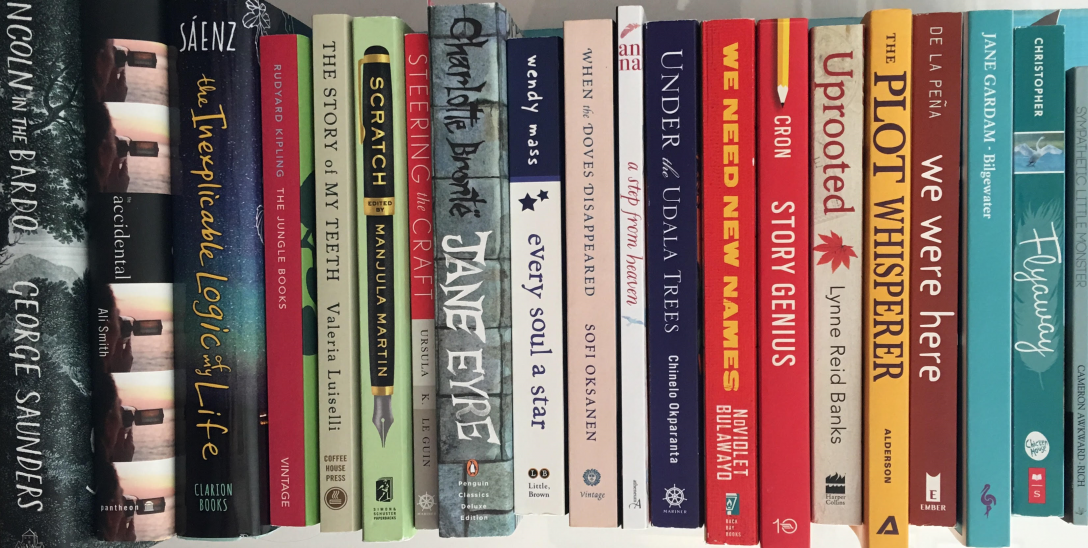 With laughter and heartache, Mat Johnson creates a world so absurd it seems unreal, and yet so real, it cannot be ignored. Using humor as an armored shield against deep hurt and questioning, Loving Day is a must-read for anyone who has ever felt they didn’t belong, and didn’t know if there was a home for them to come back to. -BCA

“Warren Duffy has returned to America for all the worst reasons: His marriage to a beautiful Welsh woman has come apart; his comics shop in Cardiff has failed; and his Irish American father has died, bequeathing to Warren his last possession, a roofless, half-renovated mansion in the heart of black Philadelphia. On his first night in his new home, Warren spies two figures outside in the grass. When he screws up the nerve to confront them, they disappear. The next day he encounters ghosts of a different kind: In the face of a teenage girl he meets at a comics convention he sees the mingled features of his white father and his black mother, both now dead. The girl, Tal, is his daughter, and she’s been raised to think she’s white.

Spinning from these revelations, Warren sets off to remake his life with a reluctant daughter he’s never known, in a haunted house with a history he knows too well. In their search for a new life, he and Tal struggle with ghosts, fall in with a utopian mixed-race cult, and ignite a riot on Loving Day, the unsung holiday for interracial lovers.
A frequently hilarious, surprisingly moving story about blacks and whites, fathers and daughters, the living and the dead, “Loving Day” celebrates the wonders of opposites bound in love. ” From brazosbookstore.com

Questions for Discussion:
When he was interviewed in Houston, Mat called this book, “a book about women.” Discuss why you think he might say this.

Mat also said in that interview that drug addicts are “living ghosts.” What role do ghosts play in this novel?

(Thanks to Inprint Houston for the amazing author appearance and interview!)

This novel is a novel of a reluctant homecoming. How do you think the past haunts Warren? Are the ghost real? Do you think he can ever truly go back?

This novel is also the story of a man unraveling and reweaving who he is. Do you think he was already unraveled when he stepped of the taxi at the beginning of the novel? Which events seem to pull hardest at the strings he has holding himself together.

What did this book say to you about race?

(Above discussion questions by BCA)

Christine Thomas Alderman is a writer and educator working in Texas. She holds a graduate degree from Harvard University. Her work was long-listed for the Bath Flash Fiction Award and included in their anthology: To Carry Her Home. She won the Cynthia Leitich Smith mentorship from the Austin Society for Children’s Book Writers and Illustrators. Find her at www.christinethomasalderman.com View all posts by Christine Thomas Alderman

Click on book covers for links to my favorite #indie booksellers.

(I don't receive compensation, I just adore my local bookstores!)

Many thanks to Blue Willow Bookshop and Brazos Bookstore for the summaries.